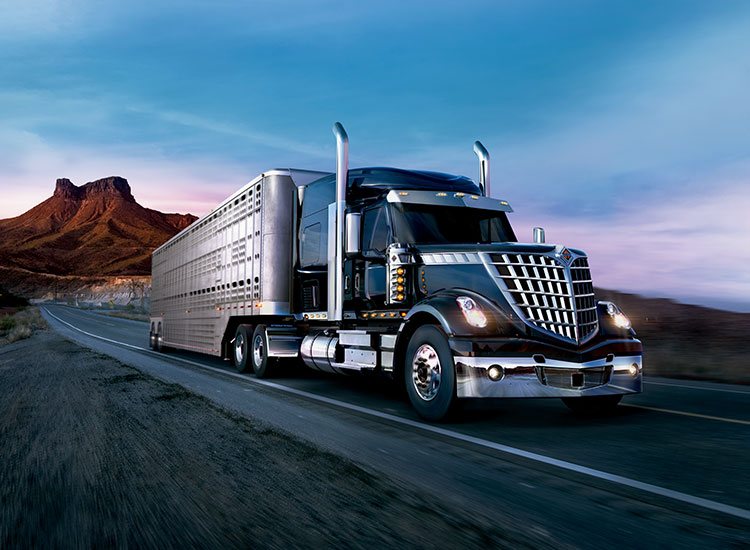 We have asked road users to come up with ideas and solutions on how to ease in and out. There has been a lot of reaction to this.

We have about 1000 responses (emails, response module, pins on the card with comments). Via the magazine of the transport organization TLN, there were a few dozen reactions. Social media also provided about 1000 substantive responses.

The most frequently heard suggestion to prevent inconvenient deployment and removal is ‘keeping a distance’. This is evident in about 50% of the responses and truck drivers also mention this point themselves. The driver is trapped between the load of his vehicle in front and of his own load.
Most people suggest keeping a minimum distance of 50 meters, indicated by marks on the road surface. 1 in 6 advocates a stronger enforcement on tailgating by the police. Also new technology is mentioned that automatically regulates the desired distance.

Enter it, do not enter it. Both positions were heard about equally often. Together accounts for 20% of the responses.
A catch-up prohibition for lorries, with heavy truck traffic, has almost automatic train formation. There is always one the slowest one; behind them a bunch of lorries develop. It is almost impossible to prevent short track distances in such a train. You see the same effect in passenger cars that drive traffic. The overtaking prohibition causes this effect and leads to driving in such a train becomes very boring. It is not good, but understandable that the concentration on the driving task decreases.

No overtaking prohibition, on the other hand, gives irritation to the passenger drivers. The trailing passenger car traffic has to slow down and that gives a chain reaction on the left lane that can lead to a traffic jam. There is also irritation and that is never good for road safety.

There is a lot of demand among the truck drivers for more dynamics in traffic. Less restrictions so that more can be overtaken, more gaps in the traffic, the dullness disappears, etc. There are currently trials with overtaking, eg on the A67, zones where the overtaking ban for trucks is temporarily lifted.

Results of the research

More than 1 in 5 indicates to be surprised how bad motorists insert; and that is not just truck drivers who find that. Because inserting traffic often makes too little speed on the insertion strip, the traffic has to be on the right-hand lane of the main road. This is annoying (especially for heavy trucks), but it can even lead to traffic jams further down the strip.

The exit can sometimes be difficult when a train has formed. Nevertheless, drivers often arrive at the last minute. And then there must be forced maneuvering through the flow of trucks. Needless to note that trucks have a lot of problems and thus also the entire driving population.

The signposting signs are at 1200 and 600 meters. By a train of trucks, the sign can be hidden from view. In the comments, the suggestion was to read more to the navigation system, where the exit is already announced at 2 km.
It is to be considered to place additional signs at 2 km. That fits better with the changing traffic anyway (crowds, aging).
In Germany, important exits/junctions are already indicated a few kilometers before with portals by road.

Strikingly often (almost 10% of the reactions) it was suggested to let the freight traffic drive to the left and thus separate from the passenger car traffic.

A target strip located on the left (!). If that idea is linked to ‘unbundling’ (separating through and local traffic over longer distances) then it is an option that deserves an elaboration. The weaving (from right to left vv) can then be limited to a small part of the network, namely at the beginning and end of a long journey. Locations for such a pilot with lorry lane on the left: the A67 between Eindhoven and Venlo. Or the A15 between the Europoort area and Ridderkerk.

The A67 was with about a fifth of the pins, placed on the map on our promotion page, the most (or least) popular highway. The suggestion of an extra, third lane is obvious. The road is practically full.
The A67 seems to have passed the stage that the situation can be improved with simpler procedures. An extra lane can give air to the traffic here, making the overtaking prohibition superfluous. This strip is desirable not only on the basis of traffic flow, but also for reasons of road safety.

Incidentally, this situation is comparable to A15 Europoort – Germany, A16 Breda – Antwerp and A1 to Germany. Roads with 2 lanes and a lot of freight traffic. Practically speaking, these roads are too crowded due to the distribution of freight and car traffic over the lanes.

A number of people suggested that the entry and exit strips be made longer. And to allow it again to use the emergency lane if the insertion fails.
Six people called the markings (continuous stripes in the vicinity of the entry / exit lane) with which lane change on the crucial road sections can be prevented.

Spread in time and place

In about twenty reactions it is suggested to have more freight transport by rail or water.

Others suggest that lorry traffic be blocked from the motorways at certain times. But the opposite measure is also mentioned: gives spread and therefore relief during the rest of the week.

How to Find the Right Car Insurance

Can You Keep Your Insured Car at a Different Address?

Tips on Buying a Car in NSW

Car Insurance: Everything You Need to Know